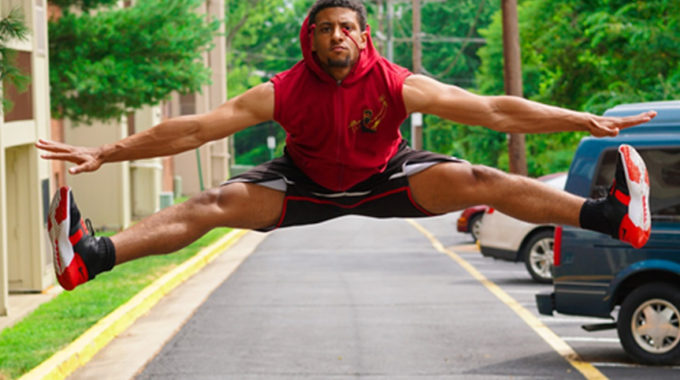 Plyometrics as a term was introduced in 1975 by an American track and field coach called Fred Wilt. Although coined in 1975, plyometric exercises were being used in the 60’s by Soviet athletes and this was what led Fred to his research in the area. The word is derived from the latin “Plio” (More) and “metrics” (to measure).

Formerly known as “jump training”, Plyometric exercises are training/rehab techniques traditionally used to improve dynamic strength and explosive power. They are also often used at the latter stages of injury rehab (both upper and lower limb) in order to provide functional loading, as most sports require some form of dynamic motion. If tissues are not stressed adequately prior to return to sport then they will be ill-equipped and more likely to reinjure.

Plyometrics involve a rapid stretch (eccentric phase), a powerful concentric contraction (shortening the muscle) followed by a phase of transition prior to the landing (which is again eccentric as the muscles contract whilst lengthening in order to provide a smooth deceleration).

Concentric: Take for example the Bicep- In order bend the elbow to lift an object we need the bicep to shorten and contract. This shortening of a muscle under stress is known as a concentric contraction.  Imagine having to throw that object above your head as high as possible… this is still concentric as the muscle is still under load and shortening. The only difference with plyometrics is speed, the terminology to describe the contraction remains the same.

Eccentric: Now the object you have thrown is coming back to earth and you need to catch it. The only way to do this without dropping it on your foot (especially if it is weighted) is to slowly decelerate the forearm once the object is in your hands. This contraction under controlled lengthening of the muscle is known as an eccentric contraction. This phase is key in plyometrics, not only for the controlled landing (if doing a jumping based exercise) but also prior to take off in order to store and release mechanical energy from the muscle/tendon unit (what we call elastic recoil). This means that the force produced will be greater.

Amazing jumpers due to the length of the tendon. This allows 90% of stored energy to be released for the hop meaning Kangaroos can travel extremely long distances with very little food or water as they expend very little energy.

Plyometric training places increased stretch loads on the muscle/tendon and as they become more tolerant to this increased load the stretch-shortening cycle (eccentric/concentric) becomes more efficient.

To understand this fully we need to look at our Neurophysiology, in this case how our nervous system interacts with our muscles and tendons. Specialist sensory receptors found on nerve endings called proprioceptors act to relay feedback to the central nervous system. These include the muscle spindle and Golgi Tendon Organs (GTO). Muscle Spindles are found in the belly of the muscle and GTO’s in the tendon (as you might have figured!).  If a muscle is overstretched the muscle spindle relays more signals to the spinal cord which replies by sending a signal back for the muscle to contract to prevent over stretching. The faster the stretch the stronger the signals are sent.

The GTO on the other hand, relay inhibitory signals relaxing the muscle when it is overloaded. This helps to provide a balance and prevents your muscles from over contracting.

So this links with plyometrics in that the more you use and stimulate these receptors the more reactive the system will become, helping with coordination, speed of contraction and movement. This is what we refer to as increased neuromuscular control.

Regarding research, it has been shown that plyometric training can significantly improve areas including vertical jump performance, change of speed and sprint speed, however the question is, has there been any info on endurance? (as most of you reading this will probably be middle to long distance runners). A study into the effects of plyometrics specifically on endurance and explosive strength in middle and long distance runners was carried out by Ramirez-Campillo et al in 2014, comparing a control and plyometric training group (18 male runners in each group) over a 6 week period. Significant differences were highlighted including a 3.9% reduction in 2.4Km time in the plyometric group as well as a 2.3% reduction in 20m sprint time + gains in explosive power when all were compared to the control group who had no significant changes.

Research has also been carried out in the area of injury prevention, with improvements in neuromuscular control (as discussed earlier) being suggested as an important factor in reducing injury.

Plyometrics are a really useful tool to have in your training programme for several reasons:

One important thing to note is that you should NOT start a plyometric programme with an active injury before seeking advice on what and when to commence. If you start using dynamic exercises on an injury which isn’t ready it may affect healing and slow recovery or even further damage the structure. Make sure to Warm up thoroughly and start with a few exercises, working on correct technique and control before you build up! As with any training your body needs time to adapt.

If you want specific advice about plyometric exercises it is best to have a chat with a personal trainer or your Physio who will be able to give you more specific advice and guidance on technique.

So, I hope this hasn’t been too long winded but I think it deserves a full breakdown as it is going to be a very useful addition to your training, even if just doing it once or twice a week.

Evidence for the use of foam rollers

What is a foam roller?   It’s a cylinder of foam that we roll up…